Why It Pays to Invest in the Biotech Sector

Even in a widely diversified portfolio, just one good biotech stock selection can make a major difference.

Since it launched roughly 40 years ago, as an industry, biotechnology has created incredible wealth for investors.

With innovation moving so fast and with so many chronic diseases to tackle, the next four decades will be no different.

In fact, I think the next four decades will be even better for biotech investors…

What I especially love about the sector is that you don’t need to invest much money in any stock to score portfolio-changing returns.

Just look at what $1,000 invested into each of these three pioneers of the biotech sector has turned into for early shareholders…

Biogen (Nasdaq: BIIB) was founded in 1978 by a small group of visionary scientists in Geneva, Switzerland.

Investors who bought just $1,000 worth of Biogen shares as late as the early 1990s hit the mother lode.

By 2015, that early Biogen investment had turned into more than $1 million.

A $10,000 Biogen investment over the same period of time became a staggering $10 million. 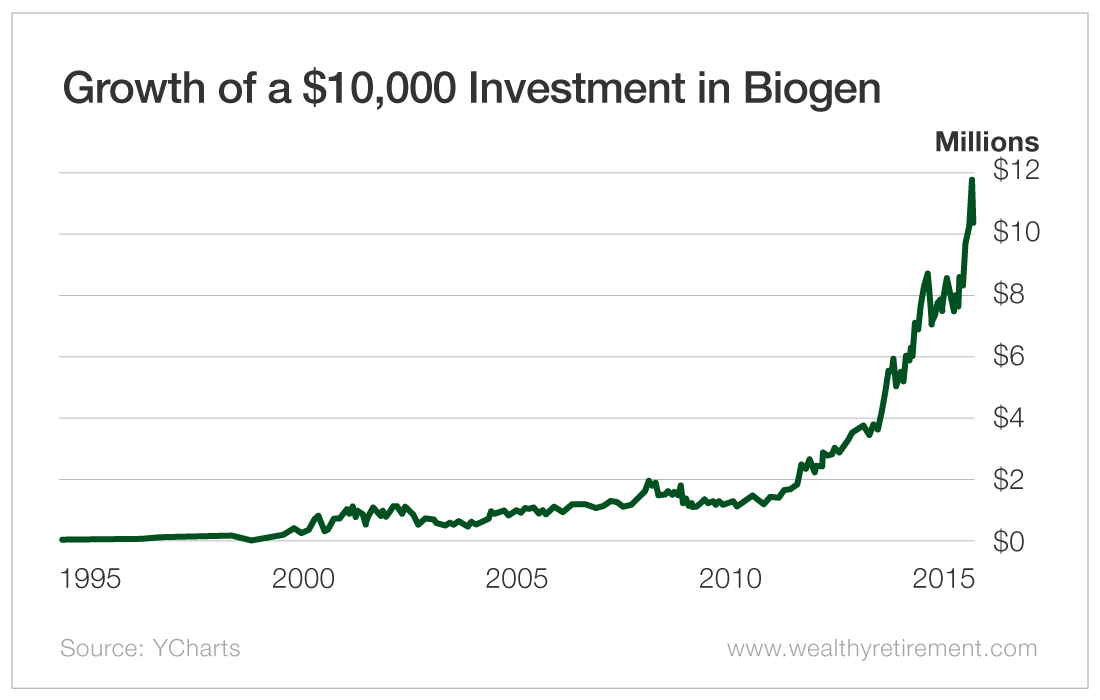 Amgen (Nasdaq: AMGN) was founded at nearly the same time in 1980.

On the back of a groundbreaking gene discovery, Amgen developed the drug Epogen, a treatment for anemia associated with chronic renal failure.

Epogen would go on to become one of the bestselling drugs of all time. 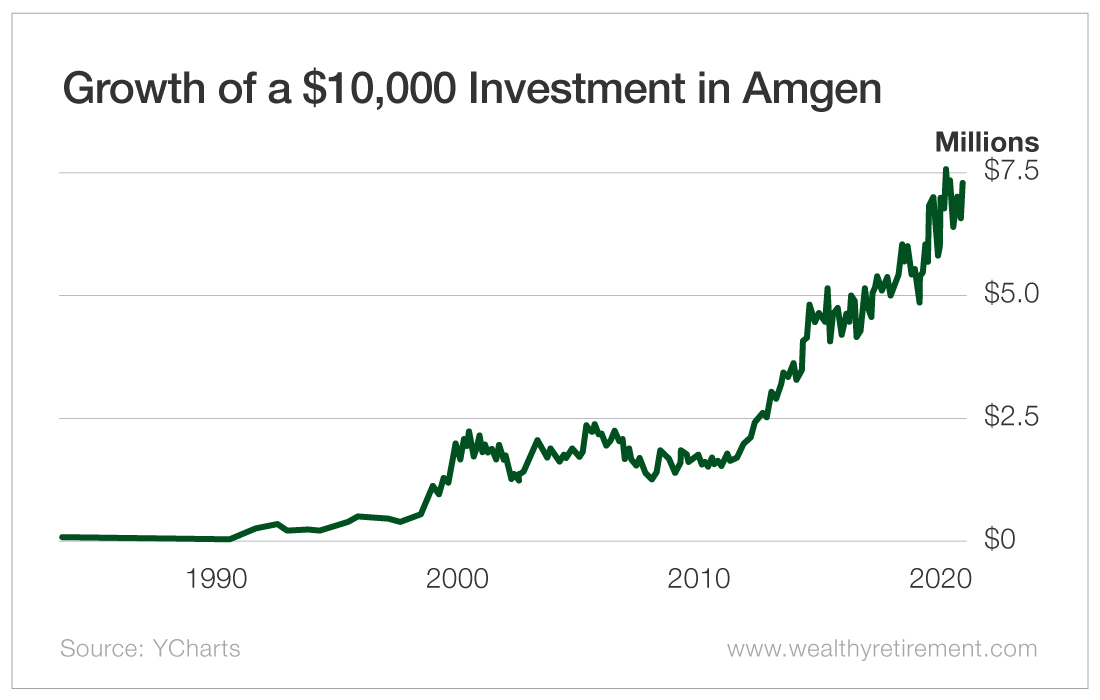 Again, investors who risked just a sliver of their portfolios saw life-changing wealth created by just this stock.

Gilead Sciences (Nasdaq: GILD) was founded in 1987 under the name Oligogen. The company went public in 1992.

Gilead’s wealth creation for its shareholders has come on the back of several blockbuster infectious disease treatments.

The company is responsible for several game-changing HIV treatments, including Truvada and the hepatitis C drug Sovaldi.

Anyone who put $10,000 to work in these shares was sitting on more than $3.5 million over the same period of time. 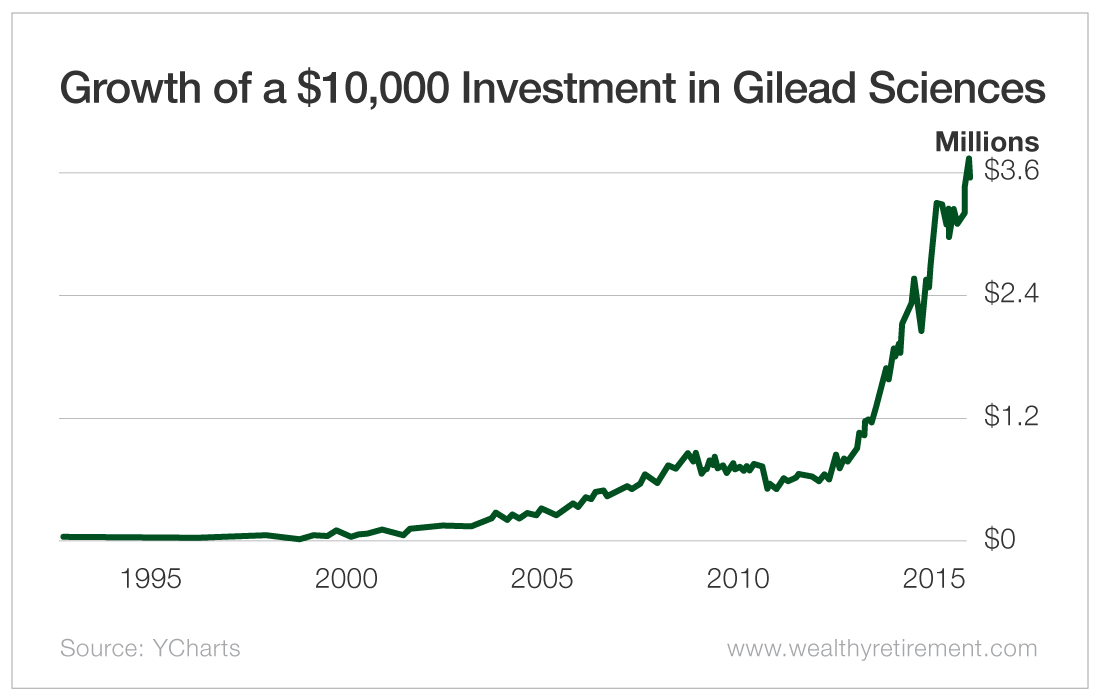 Like Amgen and Biogen, Gilead has literally been a millionaire-maker.

They have single-handedly made investors’ portfolios.

Just $1,000 invested in any of these stocks would have been life changing.

Today, the next big biotech winners are currently at the stage where these three companies were a few decades ago.

Wouldn’t it be fun to invest just a tiny fraction of your portfolio and end up owning the next one of these?

Finding those big winners isn’t easy, but with expert guidance, it is possible.

And to make a huge difference to your wealth, you need to find only a single one.

Is There Still Upside for the Biotech Sector?

Should You Bet on COVID-19 Stocks?

The Secret to Successful Investing in Biotech

Why Phase 2 Trials Are Important to Investors...

For Biotech Profits, Look Beyond COVID-19

How to Profit From Wall Street’s Top Catalysts