How to Respond to the Fed’s Coming Rate Hikes

That’s the highest level of inflation we’ve seen since 1981.

We clearly have an inflation problem. 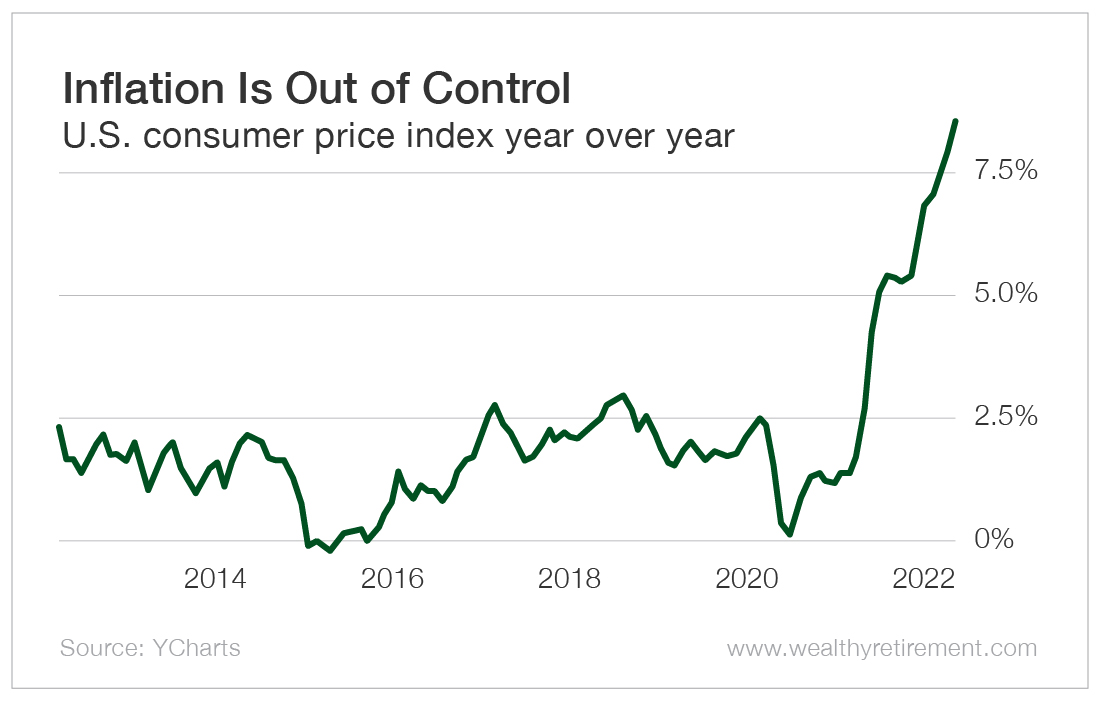 After months of denying that inflation was a problem, the U.S. Federal Reserve is now admitting that it’s concerned.

To cool inflation, the Fed has started raising rates, with more aggressive rate hikes to come.

The market was already struggling before Russia invaded Ukraine…

So… are further rate increases more bad news for stocks?

My inclination would be to say yes… but surprisingly, history has shown us that rate increases aren’t necessarily doom and gloom for stocks…

And in each rising rate cycle, the S&P 500 was up one year later.

Yes… incredibly, in 100% of these rising rate environments, the market kept going up.

If you weren’t in stocks during those rising rate cycles, you missed out on money.

Getting out of the market after the Fed starts raising rates is a mistake.

The below chart shows the total average annualized returns of the market and various sectors for the entirety of the last four rising rate cycles. 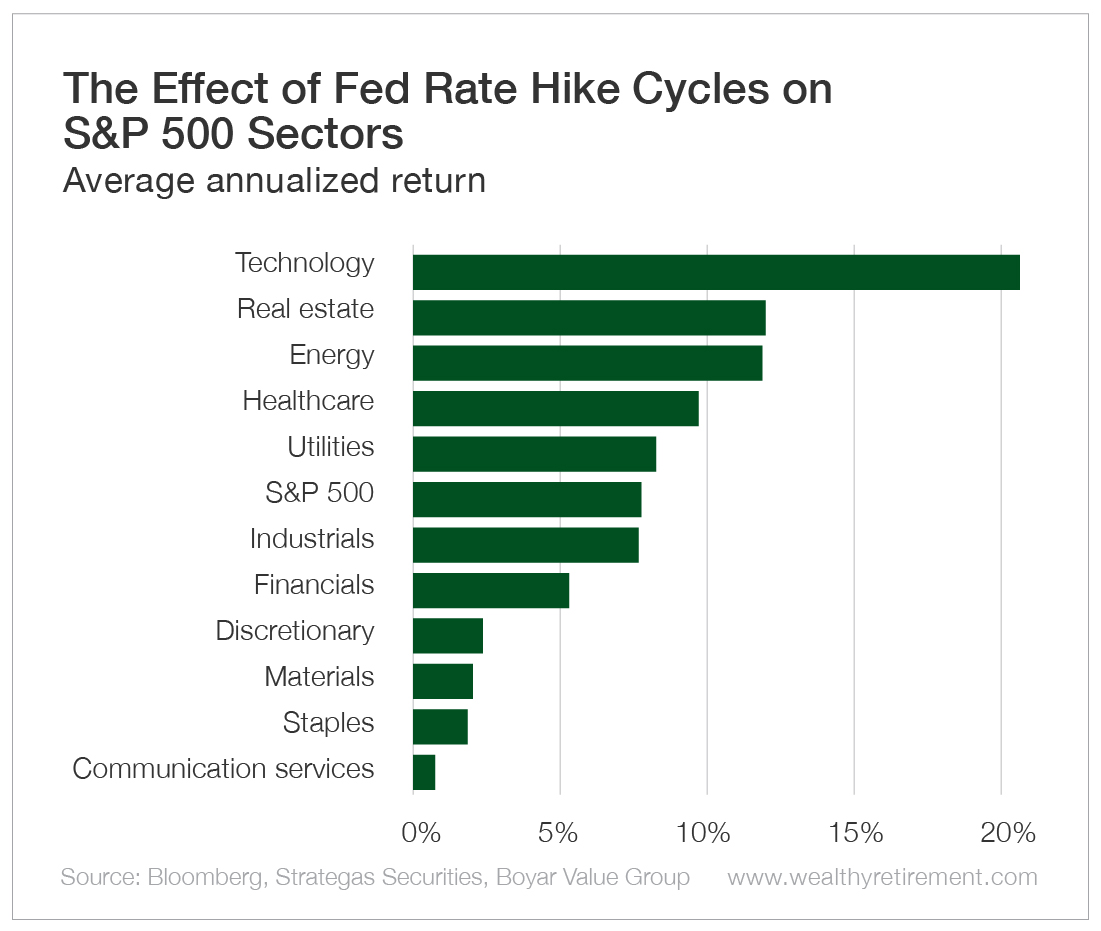 Meanwhile, some sectors did better. Others did worse. And neither group necessarily included the sectors you would expect.

Again, the important point is that getting out of the market at the start of Fed rate hikes is a big mistake.

Lynch said, “If you spent over 13 minutes a year on economics, you’ve wasted over 10 minutes.”

He guided Fidelity’s Magellan Fund to an absurd 29.2% annualized rate of return from 1977 until he retired in 1990.

We make some good investments that outperform during an inflationary and rising rate cycle too.

It’s why I was specifically recommending insurance stocks as early as August 2020, before rates started to rise.

Never forget, the stock market is a game that’s rigged in our favor.

The worst mistake you can make is letting fear force you to cash out at the wrong moment.

Rising rates, flat rates, dropping rates… Over the long term, the market does the same thing during all of them – it goes up!

There will be bumps along the way, but this ride is a good one for anyone with the patience to see it through for the long term.