Alphabet Is Trading Down: Is It Time to Buy?

Rarely, if ever, have shares of Alphabet (Nasdaq: GOOG) traded at a valuation of less than 20 times earnings.

But today, at 19.5 times trailing earnings, they finally are. 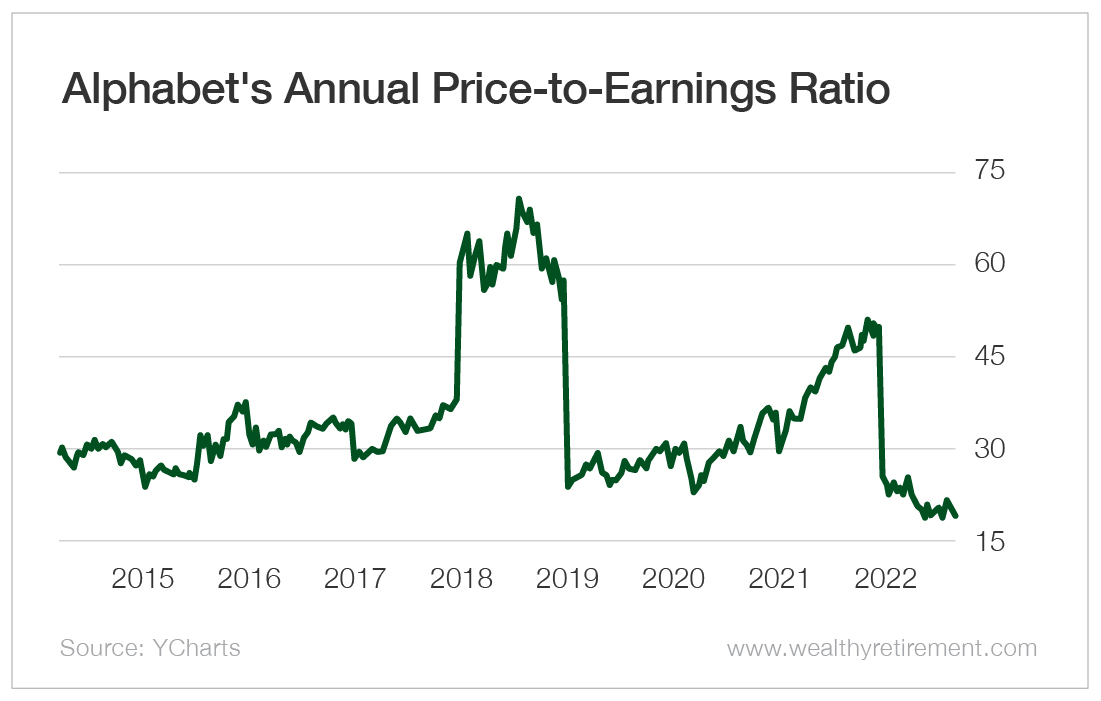 Buffett’s quote carries so much significance that you could almost call it the motto of The Value Meter.

There’s no disputing the fact that Alphabet is a “wonderful” business. That adjective really doesn’t even do it justice.

Over the past five years, the company has grown revenue at an annualized rate of 23%. And embedded within Alphabet are YouTube (advertising) and Google Cloud, which are growing even faster, at 37% and 48%, respectively.

While Alphabet’s revenue growth is outstanding, what makes the company’s performance even better is that its expenses haven’t been growing nearly as fast.

When revenue grows at a faster rate than expenses, that results in profit margin expansion. That’s how Alphabet has been able to grow earnings at an even faster clip than the 23% annualized increase in revenue.

The chart below shows how Alphabet’s earnings per share have increased an amazing 523% since 2017. That far exceeds Alphabet’s impressive 132% increase in revenue over the same period. 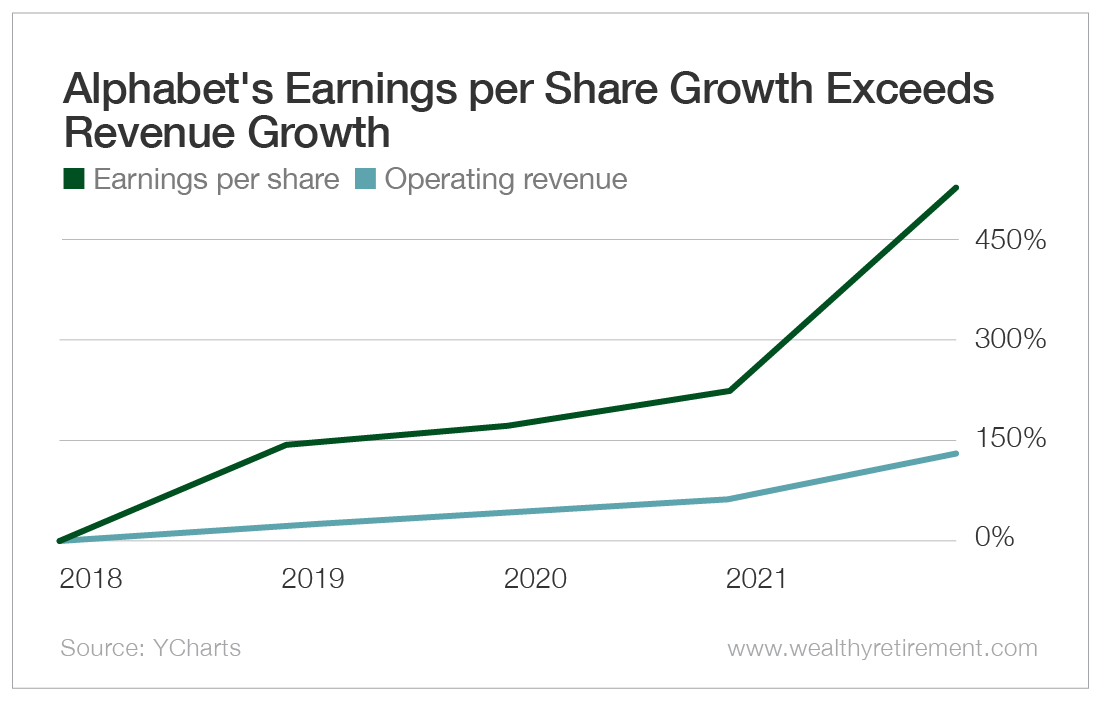 This is why it’s better to buy wonderful companies. They grow earnings at high rates for extended periods of time, which ultimately creates the best-performing stocks.

Looking forward, Alphabet’s earnings growth run is far from over.

The consensus view from analysts is that Alphabet will continue to average at least double-digit growth in earnings per share over the next five years.

In addition to that, Alphabet’s balance sheet is a jaw-dropper.

While we always hear how Buffett sits on the biggest treasure trove of cash in wait of his next big opportunity, the truth is that Alphabet actually has an even bigger cash hoard.

With $125 billion in cash and short-term investments, Alphabet has more cash than Buffett’s Berkshire Hathaway (NYSE: BRK-A) and all of the other titans of technology. 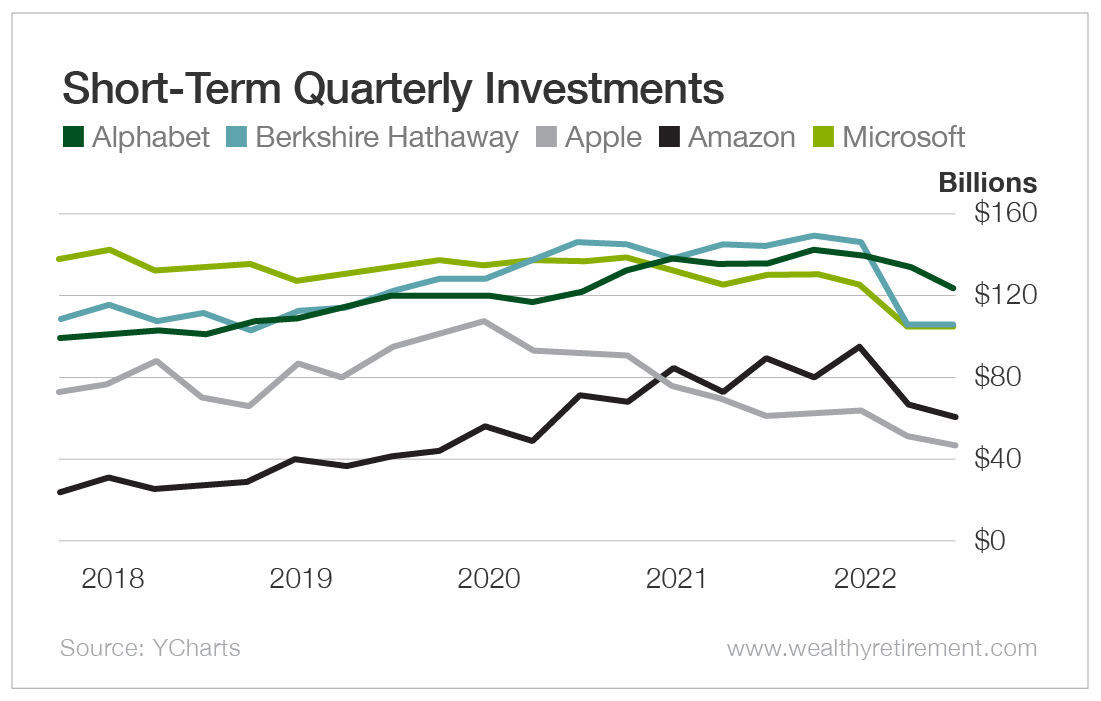 This means Alphabet shares are not only attractively valued but also incredibly safe.

When you can get that combination in the stock market, you take it.

I’m rating Alphabet’s shares, at just under 20 times earnings, as “Slightly Undervalued.” You could convince me that the stock is even more attractive than that on a risk-adjusted basis.

Here’s hoping the stock trades down even further so we can accumulate a position at an even better price.

The State of the Market Is Poor (for Now)

Is AMC a Ticket for Success?

A 4.4%-Yielding Big Bank Stock With an Irresistible...