Note: A couple of weeks ago, I launched the Financial Literacy channel here on Wealthy Retirement. Under this channel, you’ll be able to learn about investing, saving, budgeting and many other topics.

Some will be very simple ideas, others more advanced strategies.

Tell me what topics you would like to better understand. No subject or question is too basic, so don’t be shy. We’re here to help you better manage your money, and no one cares more about your money than you.

If there is a subject you’d like to learn more about, please let me know in the comments section.

In my first official Financial Literacy column, I talked about why it is so important to invest for the long term, and I mentioned that compounding is the secret ingredient.

That led to a question from a reader who asked me to explain compound interest.

Albert Einstein is noted for saying that compound interest is “the most powerful force in the universe.”

It gets more powerful the longer you use it. That’s because the money you make on your principal starts making money too.

Let’s look at exactly how it works.

That extra $100 may not seem like much – but watch what happens over time. 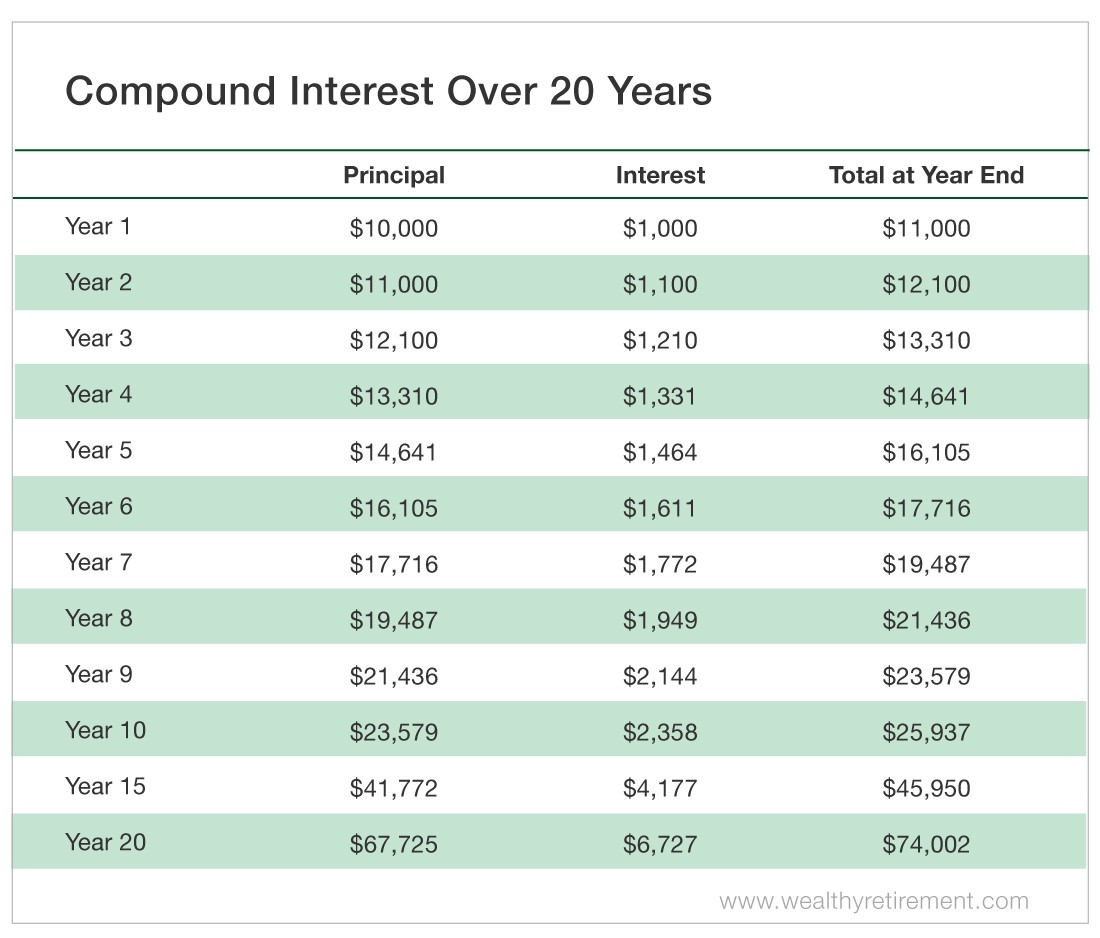 By the end of year eight, your account has more than doubled.

As you let compounding work its magic over the years, the numbers start to get crazy. After year 15, you’re earning four times your original interest and your account is worth $45,950.

That is the power of compounding. If you simply took out the $1,000 per year in interest and spent it, your savings would never grow and your interest payment would remain at $1,000. After 20 years, you’d still be collecting $1,000 in interest instead of the $6,727 you would be receiving if you had let it compound.

Whether we’re talking about a savings account, an investment account or individual stocks, the longer you can let your money compound, the more money you will make and the more your principal will be worth.

With No Will (and No Advocate) There’s No Way

The Winning Lottery Ticket Everyone Wants

Stabilize Your Portfolio With Bonds