Insights From the Middle of a Bear Market

A friend recently came into a little bit of money. It wasn’t a life-changing amount, but it was badly needed, as she had very little in savings.

She used a financial advisor that her siblings had been using for years and put the money to work at the end of the summer.

If you’ve been following the markets, you know what happened next. From August 16 to October 13, the S&P 500 slid 19%. It’s recovered a little since then but is still down 12% from that date.

Perspectives on a Bear Market

So my friend, who was excited about having a small nest egg for the first time in her life, is suddenly down double digits in a very short period of time. Needless to say, she is concerned.

I explained to her that the market took a big tumble right at the time the money was invested. It was bad luck and not anything that the advisor did wrong.

More importantly, I reminded her, this is money she plans on keeping invested for at least the next 10 years, maybe longer – and that markets go up over the long term.

I also pointed out that while it’s certainly frustrating to be down more than 10% in the short term, she still invested her money 10% lower than she would have had she invested at the beginning of the year.

I offered some perspective. 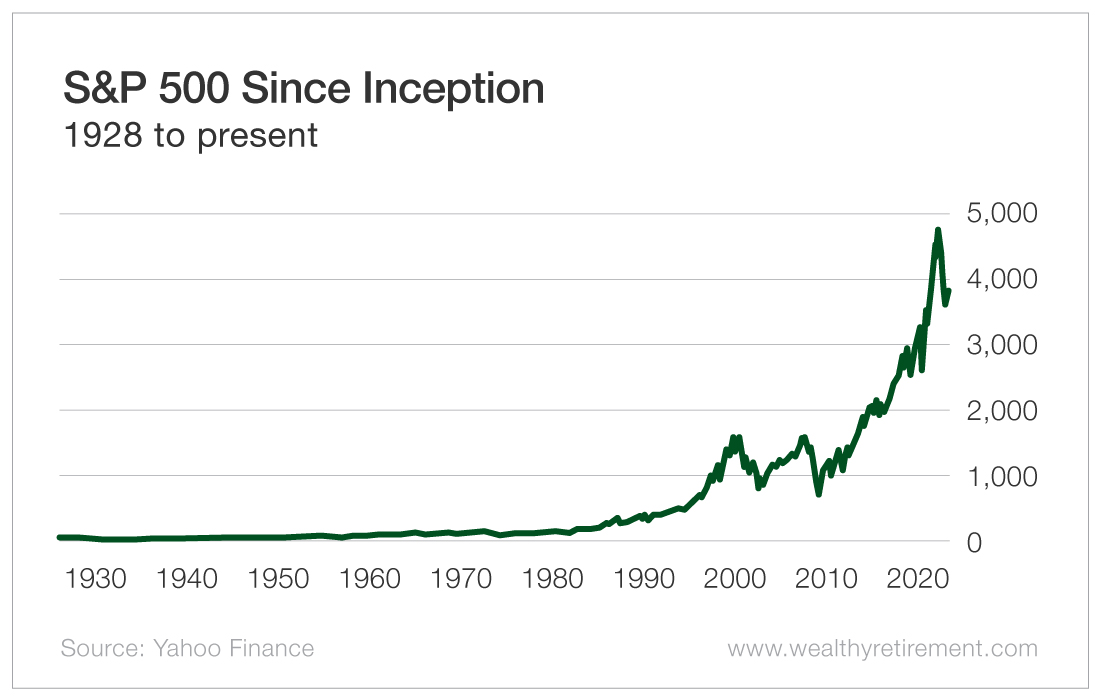 Since 1929, stocks have risen roughly 78% of the time. Nearly 4 out of every 5 days. Of course, in a bear market, it can be the opposite, with lots of bad days strung together. But if you’re invested for even a few years, the odds are you’re going to make money.

Since 1945, we’ve experienced a bear market roughly once every 5 1/2 years. In other words, bear markets happen. Though not pleasant, they’re not exceptional. If you invest long enough, you will endure multiple bear markets.

Bear markets last an average of 9 1/2 months and drop an average of 36%. That’s a big decline in a short period of time. Scary stuff. But they don’t last forever… And even the bear markets that are particularly bad actually recover fairly quickly.

On the other hand, the average bull market lasts for nearly three years and rises 102%.

So if you invested and stocks immediately went into an average bear market, followed by an average bull market, you’d be up a little more than 29% in just over 3 1/2 years, or an average of 8% per year, which is a decent return.

Of course, a bear could be worse than average and a bull could be less than average. But you can clearly see that nearly a century of market activity shows that regardless of short-term downward swings, you want to be in the market so that you are invested when things inevitably reverse and move higher – like they always have.

Seeing your savings decline is an awful feeling, whether you’re a new investor or an experienced one… whether your account is worth seven figures or three figures. No one wants to lose money.

But if you ignore the short-term volatility and stay in the market, history proves that you won’t.

When Will the Markets Bottom? Watch This Key Level

Election Results Are In… What Does It Mean...