It was the largest one-day plunge ever in the price of oil and the lowest closing price ever recorded.

Never before had oil sold for a negative amount.

Why did oil prices go negative?

The rapid onset of COVID-19 had caused the entire American economy to screech to a halt. That meant a massive decline in oil consumption, which left millions of barrels of oil with no place to go.

With storage facilities filled to the brim, people who had committed to buying oil suddenly had no place to put it.

So they had to dump it at whatever price the market would take it.

What Could Be More Contrarian Than Negative Oil Prices?

The night of oil’s unprecedented negative closing price, I went to my wife with a proposition.

She’s a logical thinker and an excellent sounding board.

I asked what she thought about us making a sizable investment in an oil company.

People were having to pay others to take oil off their hands. I felt it was a once-in-a-lifetime contrarian opportunity.

The entire market for oil and gas stocks had been beaten down to unimaginably low levels. 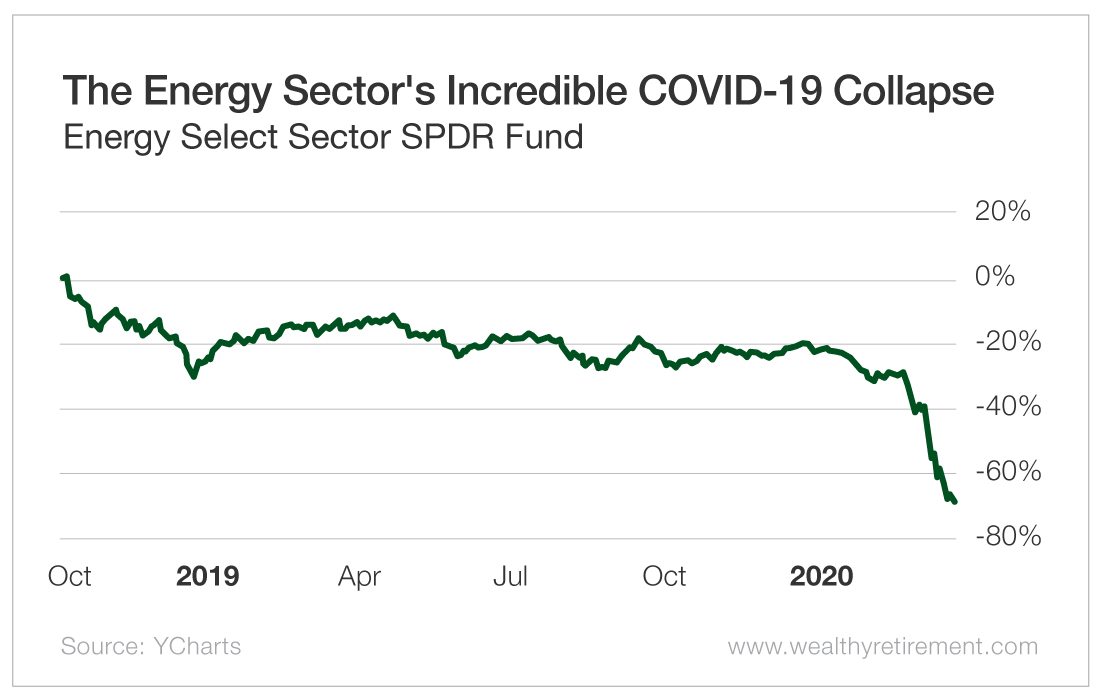 We now know that buying energy stocks in the spring of 2020 was a no-brainer.

In the heat of the moment, however, it was not so easy.

Those were scary days.

Economies everywhere were closed. Oil inventory levels were incredibly high. We had no idea how bad COVID-19 would end up being.

But I was convinced I found the perfect oil stock.

In my mind, this company provided the magic combination of low risk and exceptionally high reward.

No matter what COVID-19 threw at this stock in the coming years, I felt that there was little chance of losing money.

Viper Energy: The One That Got Away

Viper has the best business model in the oil patch.

Instead of producing oil, transporting oil or servicing oil companies, Viper does something else entirely…

Viper is a landlord to oil producers.

That means Viper owns the royalty rights on land where oil producers pump oil. So Viper gets a cut of every single barrel of oil extracted from that land.

The company just sits back and waits for the royalty checks to roll in each month.

It has the highest profit margins in the industry.

This lack of expenses and incredibly fat profit margins are why I felt buying Viper in the spring of 2020 was extremely low risk.

There was no reasonable scenario in which the company wouldn’t be profitable.

Despite Viper’s low-risk business model, in the spring of 2020, its stock had been absolutely demolished just like the rest of the energy sector.

If oil rebounded at any point in the following five years, Viper’s shares would be a multibagger.

This was the case that I made to my wife, and she liked everything about it.

We agreed to take an aggressive position.

We were convinced it was one of those rare low-risk, high-reward opportunities.

But despite us both being on board, I never pulled the trigger.

Which makes the chart below hurt really, really badly. 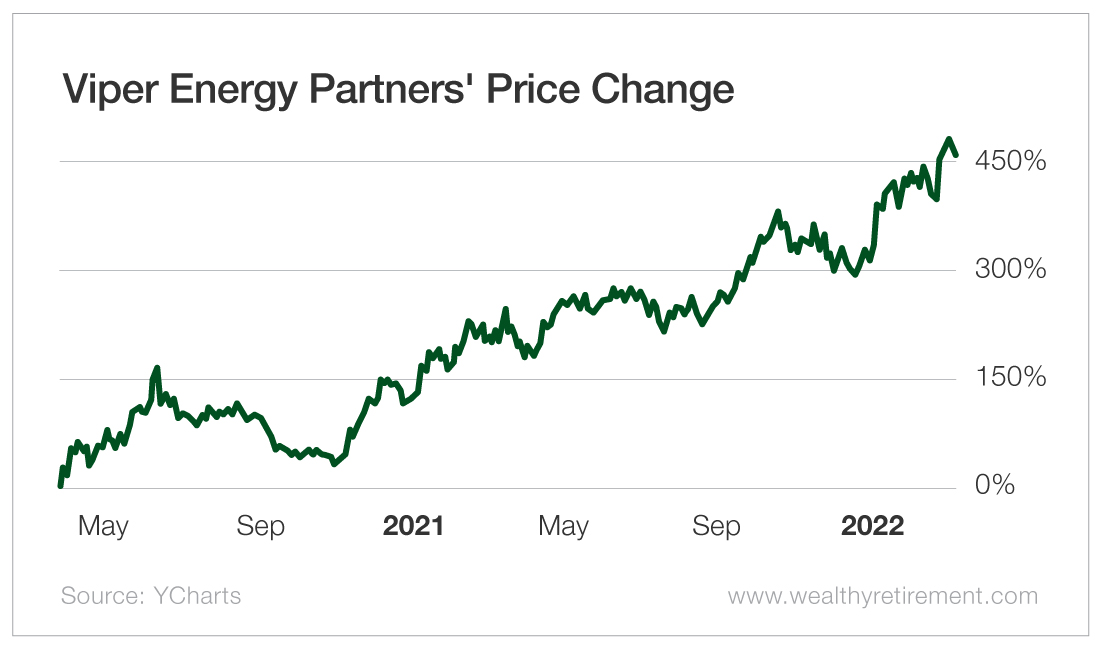 As I write this, the stock has increased 4.5 times from what would have been our entry point.

By sucking my thumb instead of acting, I cost our family a lot of money.

I blame fear for why I didn’t follow through.

I couldn’t see past how horrible things were in early 2020 despite knowing that Viper could handle it.

Right now is a great time to remind myself of this huge mistake.

There’s plenty of fear in the market and in the world these days.

This fear has produced some terrific low-risk, high-reward opportunities.

But when low-risk opportunities like Viper present themselves, do your research and due diligence and don’t let fear stop you from acting.

What’s your biggest regret as an investor? Leave a note in the comments section!