Against that, the company is expected to generate $700 million in free cash flow in 2022.

For anyone currently buying shares of CNX, that means they’re locking in a free cash flow yield of 24.13%.

Free cash flow is the excess money that a business is throwing off. This is cash that doesn’t need to be reinvested in the business to sustain operations. These funds can be used to pay dividends, repurchase shares or reduce debt.

Unfortunately for us, CNX isn’t currently paying a dividend.

The company has been buying back stock because its management believes the stock market valuation of the company is just too good to ignore.

Given that the stock trades at a 24% free cash flow yield, I wholeheartedly agree.

When used strategically, share buybacks are a powerful tool for creating shareholder value. But too often, public companies don’t repurchase shares intelligently and end up overpaying.

CNX’s leaders don’t do that. They are laser focused on repurchasing shares when they are cheap. This isn’t surprising given that they regularly quote Warren Buffett in their quarterly conference calls.

They are emulating the master.

Over the past two years, management has opportunistically shrunk the company’s outstanding share count from 224 million to 180 million. 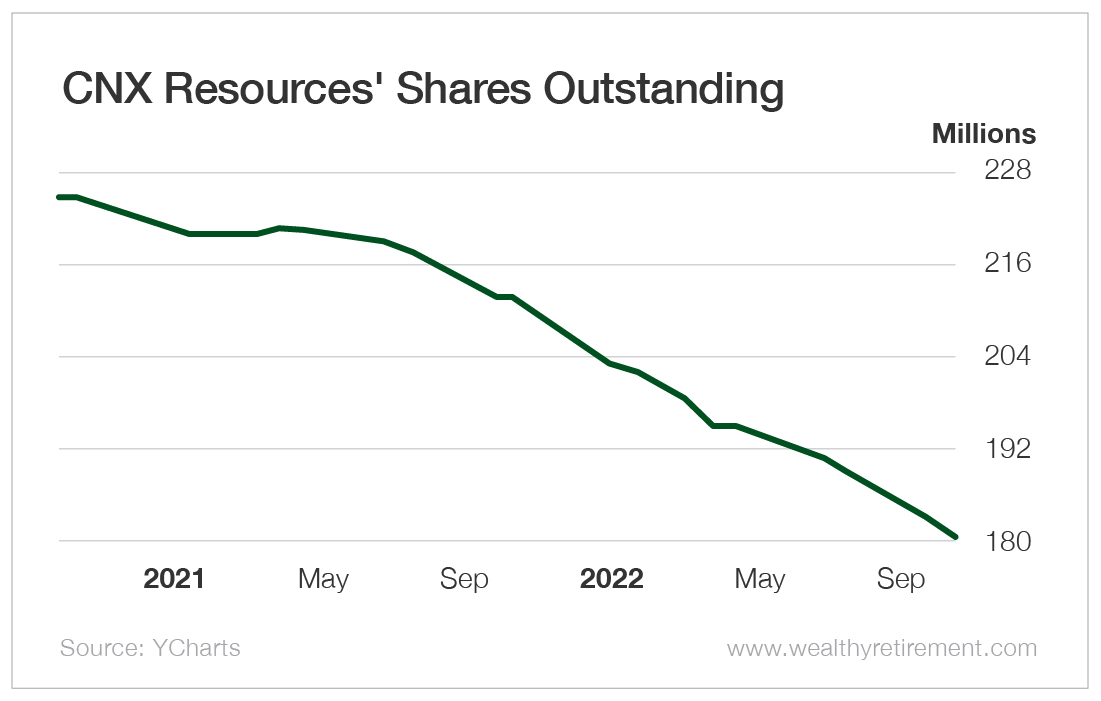 Surprisingly, while buying back shares, they have also been using this excess cash to improve CNX’s balance sheet by reducing long-term debt.

Over this same two-year window, CNX has reduced its total long-term debt by $700 million! 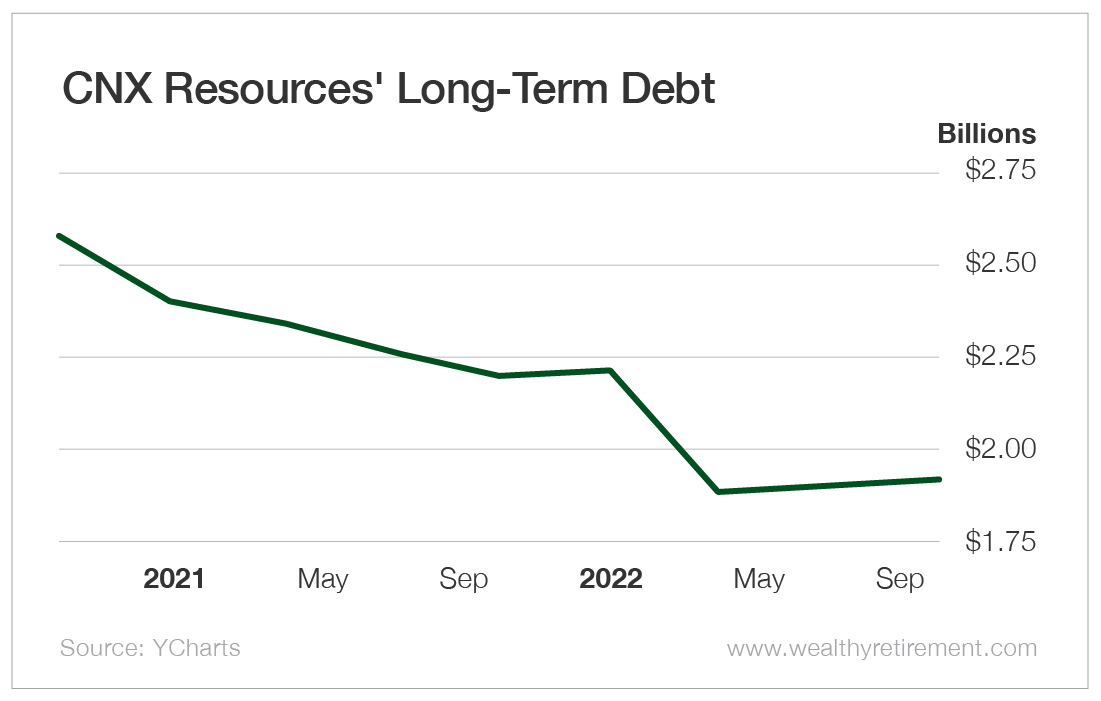 It’s pretty rare that a company can simultaneously repurchase boatloads of stock and massively improve its balance sheet. But that’s exactly what powerful free cash flow generation can do.

Since the start of 2020, CNX has generated a total of $1.3 billion in free cash flow. That is how it’s been able to both retire debt and reduce the number of shares.

The share buybacks – which have been done at bargain prices – have allowed free cash flow on a per-share basis to increase from $1.50 in 2020 to over $4 this year.

With an all-in production cost of $1.19 per million cubic feet, I believe that CNX is the single lowest-cost natural gas producer in the country.

CNX is able to achieve such low-cost production because it owns all of its pipeline and processing infrastructure. Other natural gas producers have to pay expensive fees to third parties to access the infrastructure that they use.

In the commodity production game, being the lowest-cost producer is the only sure way to win.

CNX “hedged” its natural gas price exposure prior to the commodity price having a strong run over the past two years. That means CNX has been selling its production below market prices.

As those hedges roll off, the company is going to start getting better prices for its production and generating even more free cash flow.

In management’s most recent presentation to investors, it said the company expects to earn more than $8 per share in free cash flow by 2026.

That would be more than double where CNX is today and equate to a 50%-plus free cash flow yield on the current share price.

This stock offers a beautiful combination of a great management team, an excellent valuation and a long-term competitive advantage in the industry.

Can This 9.7% Yielder Possibly Be Safe?

How to Buy a Major League Baseball Team