This Founder-Led Company Has Plenty of Growth Ahead of It

A portfolio composed exclusively of companies run by their founders has been proven to massively outperform the market.

Researchers at Bain & Company conducted a 25-year study from 1990 to 2014 on this very subject. What they found was that an index of founder-led companies outperformed the market by more than three times! 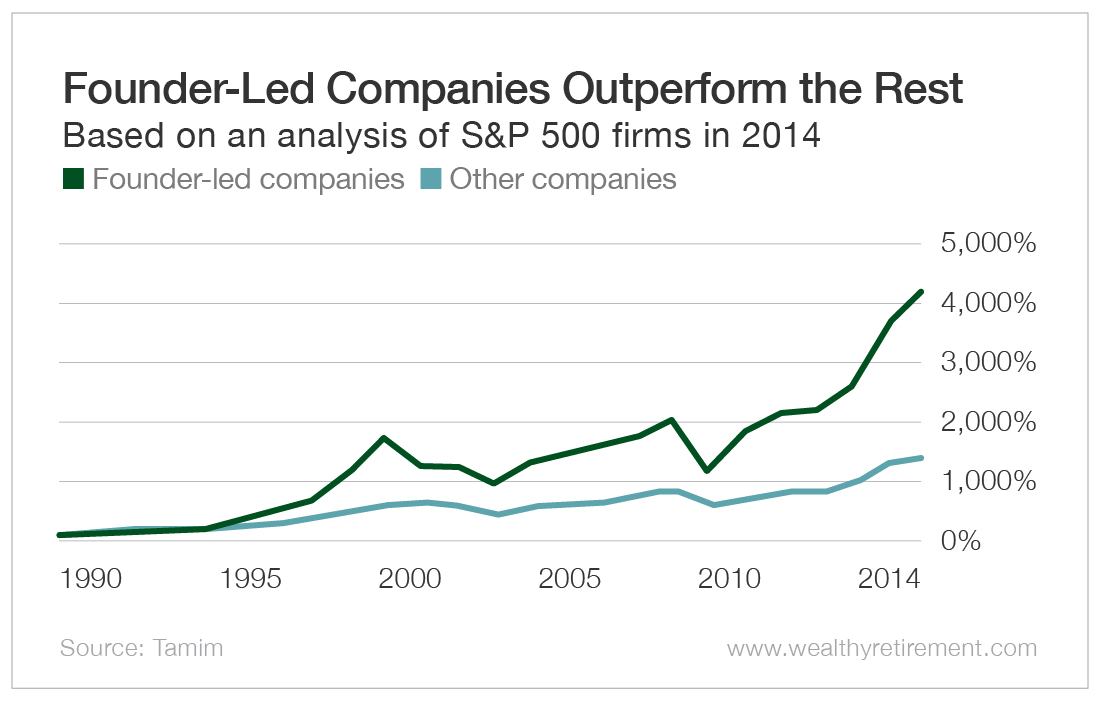 It makes sense to me.

Founding CEOs not only usually own a large number of shares but also have their hearts and souls tied to the business.

As CEOs, these folks aren’t just doing a job. They live and breathe their companies. And this week’s Value Meter is dedicated to one such company.

In 2000, Ron Clarke founded Fleetcor Technologies (NYSE: FLT). At the time, Fleetcor was a tiny private business with less than $25 million in revenue.

Since then, Clarke has taken the business on an incredible two-decade run of profitable growth.

Clarke still runs the now publicly traded Fleetcor, and he personally owns more than a billion dollars’ worth of stock. He has driven this business to success and has been incredibly well rewarded for it.

Fleetcor provides payment cards for its 100,000-plus customers to give to their employees to pay for corporate expenses, like fuel and lodging.

These cards both increase the control customers have over employee spending and eliminate the administrative cost involved in filing and processing piles of expense reports.

Since Fleetcor went public in 2010, the stock has increased sevenfold and vastly outperformed the overall market. 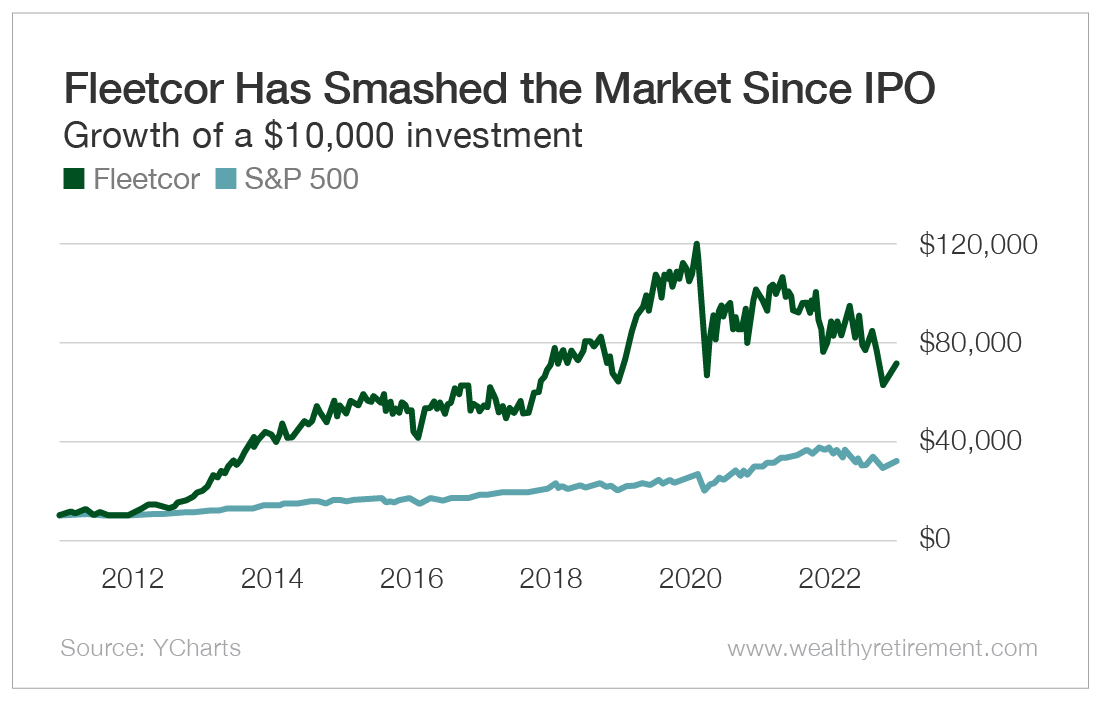 Driving that incredible stock performance is the growth that Clarke has driven both organically and through intelligent acquisitions. To date, he has deployed more than $6 billion on more than 80 acquisitions.

In doing so, Clarke has spurred incredible growth in how much Fleetcor earns on a per-share basis.

Where earnings go, the stock price is sure to follow! 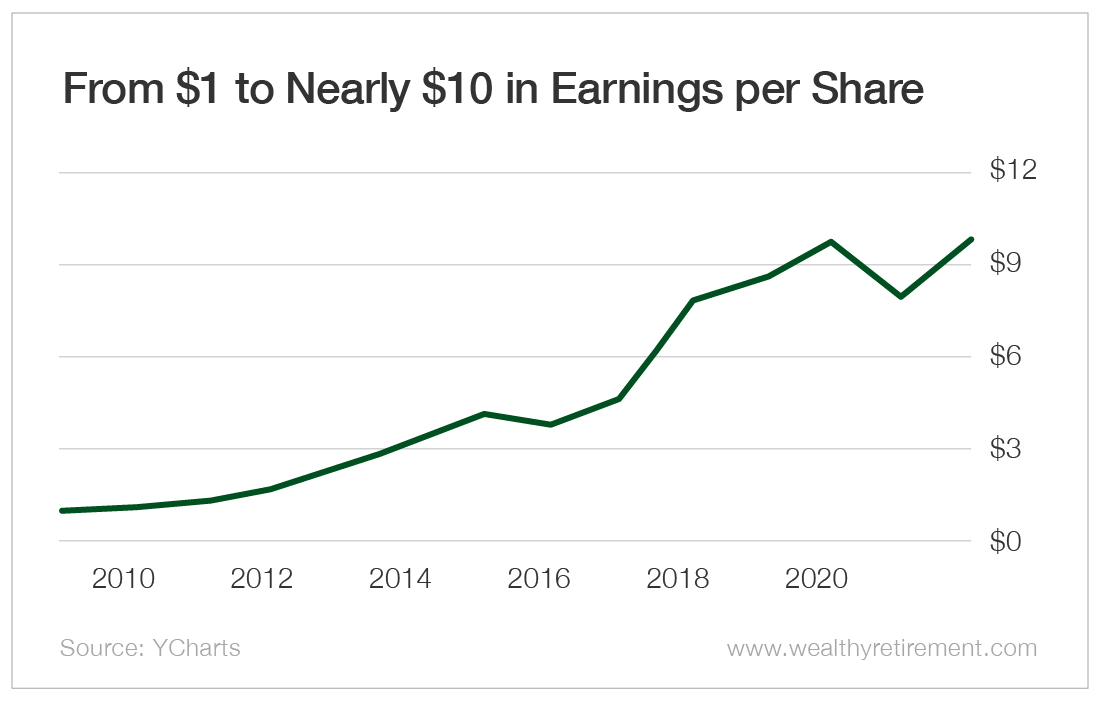 With Fleetcor’s shares trading at less than 16 times this year’s earnings, they are the cheapest they have ever been.

Driving this valuation multiple compression is a misplaced concern that the transition to electric vehicles will have a negative effect on Fleetcor’s fuel card business.

The company believes that, if anything, the transition to electric vehicles will likely be a positive for future earnings. Whether a vehicle is gas or electric, it still needs energy. That’s why Fleetcor has already connected its cards to 85% of Europe’s charging stations. 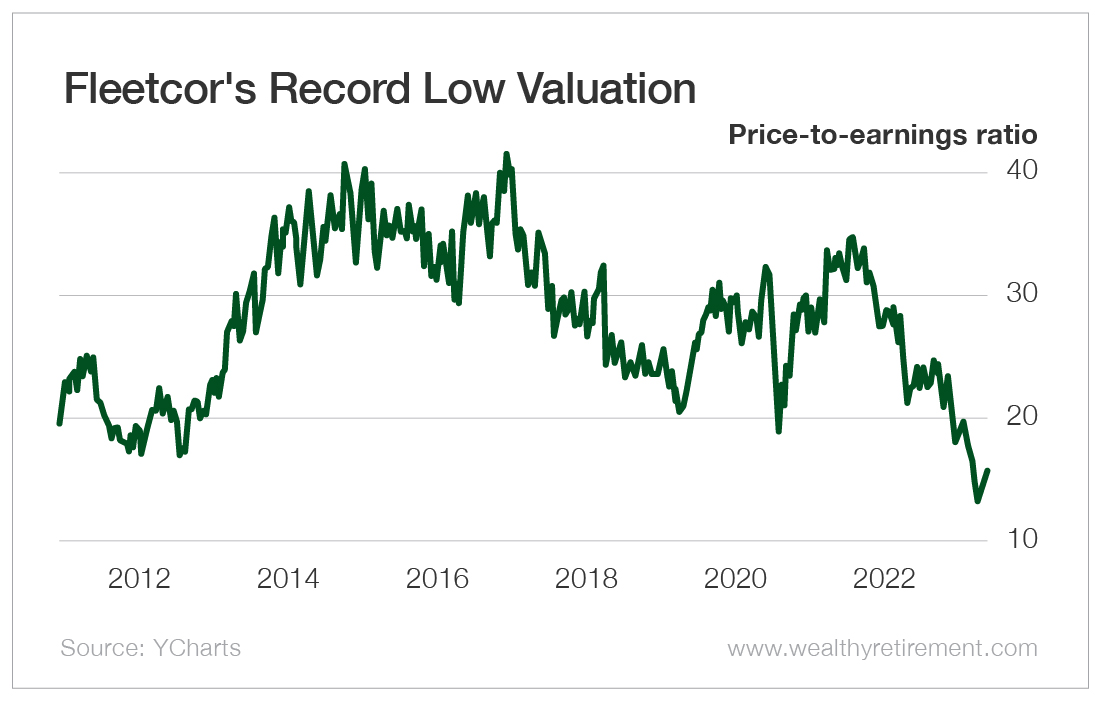 The market’s concern has created our opportunity.

Based on next year’s consensus analyst earnings estimate of $17.23, Fleetcor trades for just 11 times earnings.

That strikes me as a very attractive valuation for a company that is still growing earnings at a rate of 10% to 15% annually.

This is an excellent business with high profit margins, high returns on invested capital and plenty of growth ahead of it, and it is led by a founding CEO with a billion dollars of his own cash on the line.

Anytime we can buy shares of a company with those characteristics at all-time low valuations, we should do it. Opportunities like this are few and far between.