Don’t Be Surprised if This 6.7% Yielder Bursts

For the past couple of weeks, I’ve been covering the dividend safety of oil and gas companies, per readers’ requests.

On September 1, I told you that Enbridge‘s (NYSE: ENB) dividend was safe. Last week, I reported that the distribution of Shell Midstream Partners (NYSE: SHLX) was less so.

This week, we’re looking at one of the largest energy distributors in the country, Kinder Morgan Inc. (NYSE: KMI).

The company has 83,000 miles of pipeline and 144 terminals. In addition to oil and gas, it also handles chemicals and vegetable oils.

To top it off, it has a juicy 6.7% dividend yield… But should investors bank on receiving it year after year?

Except for a hiccup in 2019, cash available for distribution (CAD), a measure of cash flow used by pipeline companies, has been fairly consistent for Kinder Morgan over the past few years. And this year, CAD is forecast to grow 17% to $5.4 billion. 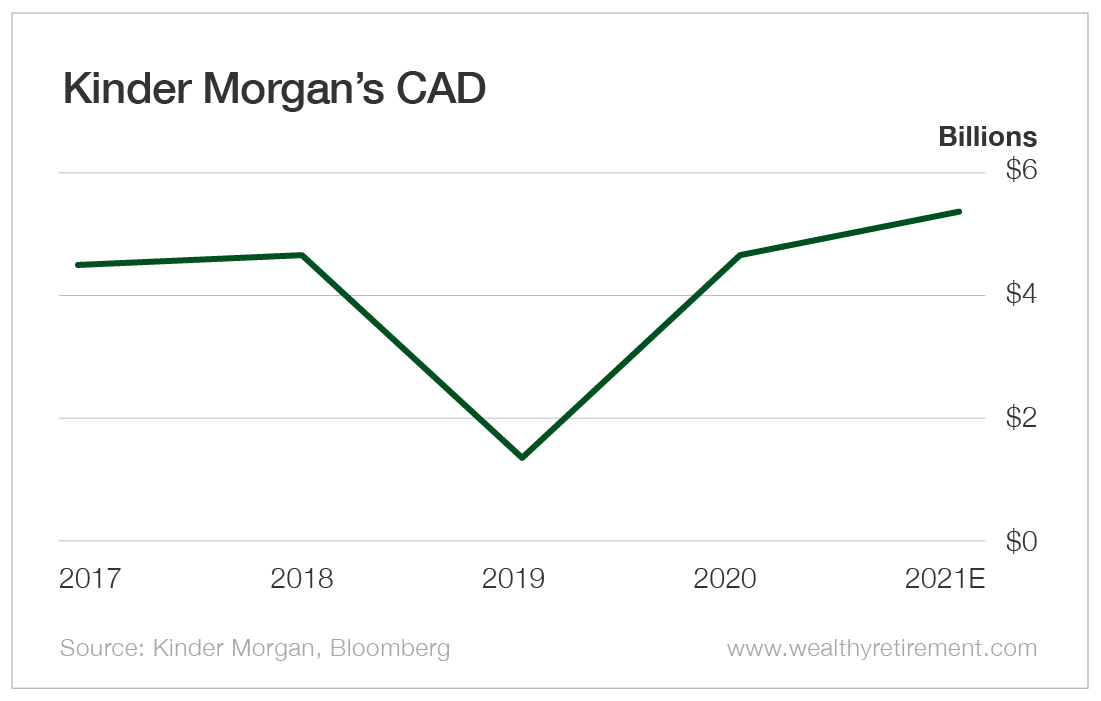 Last year, the company paid out $2.36 billion in dividends, or just more than 51% of its cash flow. This year, the payout ratio is forecast to drop to 45% of cash flow.

But Kinder Morgan’s dividend history isn’t as attractive as its current payout ratio. 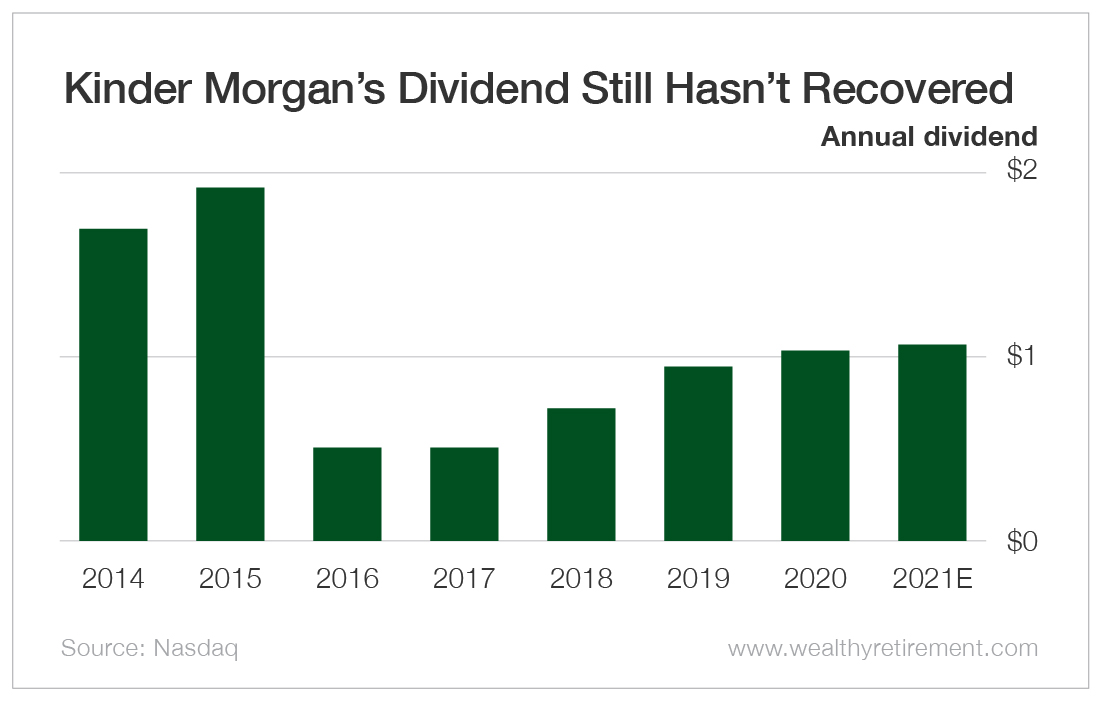 Another issue to consider is debt. Kinder Morgan has a lot of it – more than $30 billion, to be exact.

That’s more than six times the company’s EBITDA (earnings before interest, taxes, depreciation and amortization). Debt-to-EBITDA is a measure that we use in the SafetyNet Pro calculation.

We generally want to see debt-to-EBITDA be below 4 – certainly not 6. Adding to that red flag, all of Kinder Morgan’s debt results in more than $1.5 billion in annual interest paid.

A lower debt level would mean less cash paid in interest and more cash flow available to cover the dividend.

I don’t believe Kinder Morgan’s dividend is in jeopardy in the immediate future. But that could change if CAD falls, given Kinder Morgan’s high level of debt and willingness to slash the dividend in the past. If you own the stock, you’ll want to keep an eye on its financials.

You can also check to see whether I’ve written about your stock recently. Just click on the magnifying glass on the upper right-hand portion of the Wealthy Retirement homepage and enter the company’s name.

A 5% Yield to Maturity Riding the Housing Shortage