Walt Disney (NYSE: DIS) has come a long way since Walt Elias Disney founded the company in 1923. In 1937 Walt Disney released his first film, and the first animated film ever, Snow White and the Seven Dwarfs. It has been all uphill since then. Disney has expanded to become one of the biggest media entertainment companies in the world. They’ve absorbed companies like Pixar, Marvel, Lucasfilm, ABC, ESPN, and Hulu. Its steady earnings and safe business model make it a stable investment. Today, we’re going to review Walt Disney’s dividend history and safety…

The company operates within the communications sector and maintains a solid credit rating (A) from the S&P. This allows Disney to issue cheap debt to grow the business and pay dividends.

On March 20th, after a year of deliberations, Disney finally acquired 21st Century Fox. Disney paid $71.3 billion to finalize one of the biggest media consolidations in history. An acquisition of this size further establishes Disney as a media magnate.

The company paid investors $0.35 per share a decade ago. Over the last 10 years, the dividend has climbed to $1.68. That’s a 380% increase and you can see the annual changes below… 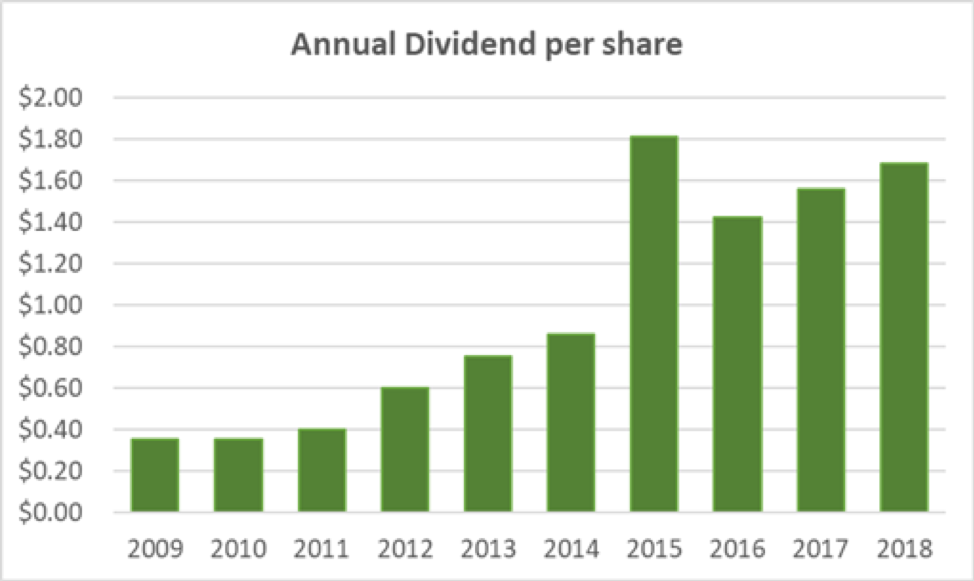 In 2015 Disney switched from an annual dividend to a semi-annual dividend. That 2015 dividend spike can be attributed to “significant increases in revenue,” according to Robert Iger, Disney Chairman and CEO.

Over the last decade Disney’s compound annual growth is up 17%. But over the last year, the dividend only climbed 7.7%. The slowdown in dividend growth isn’t a great sign. Although, Disney still might be a good income investment. Let’s take a look at the yield…

Walt Disney’s long history of paying dividends makes it one of the best dividend stocks around. This also makes the dividend yield a great indicator of value. A higher yield is generally better for buyers. Sustainability is also vital, and we’ll look at that soon. 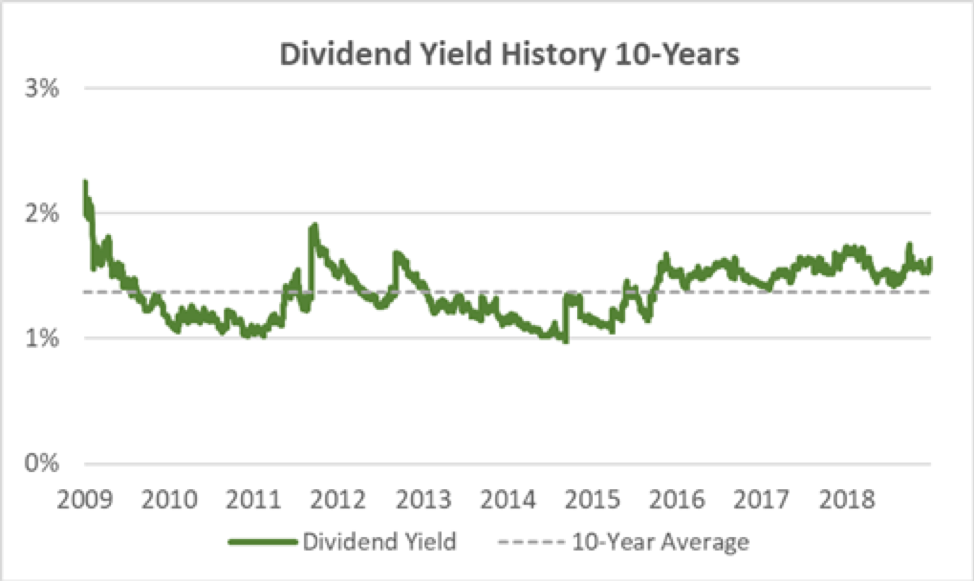 The higher yield shows that investors have bid down the company’s market value. They might be expecting higher growth and payouts. But more often than not, the dividend yield is mean reverting with share price changes.

The payout ratio is a good indicator of dividend safety. However, accountants can manipulate net income. They adjust for goodwill and other non-cash items. Therefore, free cash flow is a better metric. 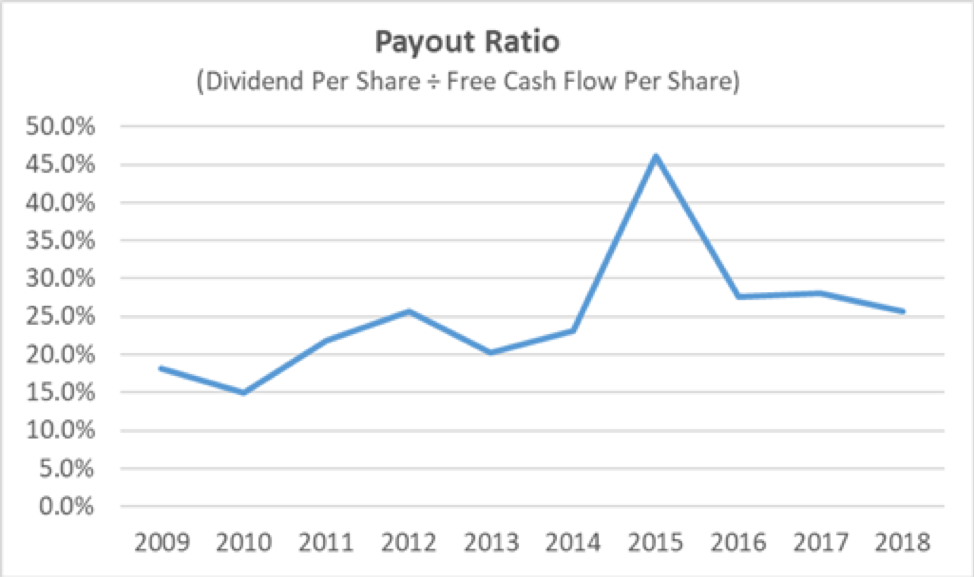 The ratio is a bit volatile over the last 10 years and the trend is up. The last reported year shows a payout ratio of 25.6%. A payout ratio this low means Disney’s board of directors have plenty of room to raise the dividend.

If you’re curious about how you can increase your returns, our dividend reinvestment calculator can help you. Simply input the information about a dividend paying stock, and then click “calculate” to see what your investment will be worth in a set number of years.

Are You Prepared for Retirement’s Four Stages?

Is Your Stock About to Tank?

A 9.8% Yield That Remains Safe